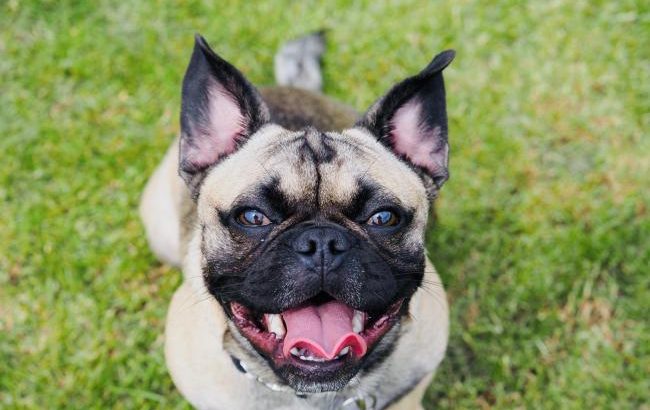 Meet the Frug: A Cute Pug and French Bulldog Mix

The Frug is a mix between the French Bulldog and Pug, which results in the most adorable ball of fur you’ll ever see. While he may not be as popular or well-known as some other dog breeds, this little guy has plenty to offer! He enjoys snuggling with his people, playing with toys, and exploring new places. And while they are called ‘frugs,’ these dogs are anything but grumpy – they’re just full of life!

This post will provide you with information about french bulldogs pugs mixes so that you can decide if one would be a good fit for your family.

What is a Frug Dog?

The french bulldog pug mix, or Frug, is a french bulldog bred with pugs. This guy is spunky and full of affection, but there are some things you should know before adopting one!

The origins of the Frug are unknown. Although both of his parents were bred for company, so you’ll be able to count on one of the finest canine friends imaginable.

The other qualities will be determined by which parent he most favors. He might even be a 50-50 mix, and we’ll go through what you can generally anticipate from either french bulldog pug mix parent.

The Frug is a sociable dog that craves attention, just like his parents. He also despises not being a part of the action, so don’t leave him for long periods if you can help; he’ll become anxious, leading to behavioral issues. When left alone at a young age, he has been known to develop separation anxiety.

However, this sociability comes with unshakable loyalty, so if you’re looking for a canine shadow, the Frug is your guy. He’ll be at your side whatever the weather and will demonstrate his devotion by defending your family. Despite his Brachycephalic syndrome, he has a decent set of lungs on him, which means he’s not one to back down from a challenge.

The Frug’s temperament is the combination of his two parents being more energetic than your typical Frenchie but a little calmer than the Pug. This means you’re in for some fun and games, and he’ll like a good romp in the backyard. When he isn’t playing or looking for mischief, you’ll most likely find him on the couch watching TV, just like his french bulldog pug mix parent. He’ll appreciate a little cuddle time too, so if you’re feeling down, he’s the perfect pup to snuggle up with on the sofa and watch some movies together.

Frugs are generally friendly towards other dogs and tolerant of cats but do not leave them alone together. You’ll also want to keep an eye on the little guys around smaller children because french bulldogs pugs mixes are known for their snappiness and can accidentally hurt a child with his big head.

The Look of a Frug

The Frug is typically thought to inherit a perfectly blended face of both of his parents, with the wrinkled face of the Pug and the big bat ears of the Frenchy, resulting in a sweet and cheeky expression. He’ll have a tiny curly tail and tiny paws too. Expect him to melt everyone’s hearts with his wide grin and huge eyes that you can get lost in.

His French bulldog pug mix parentage means he comes in a range of colors, including brindle and black with white markings on his chest or paws; other Frenchies also have this coloration too. He might take after the pug parent more if he’s mostly brown with some white patches, and Frenchies can also come in apricot and silver, which is where the Frug’s coloration comes from.

It is a small dog that is 14-28 pounds and 10-13 inches high and he likes to be stockier than the Pug but not as compact as the Frenchy.

The Frug’s coat will be short to medium in length and soft to the touch. His double coat will keep him warm, although he may become too hot owing to his health problems linked with his flat face, commonly known as Brachycephalic syndrome, which we’ll get into later.

The french bulldog pug mix is not a particularly healthy breed, so we’ll go through some of his most common health issues. In many cases, they are the result of breeding for looks over health, which has resulted in poor genetics that can be passed on from generation to generation without proper research into pedigrees.

The Frug is a healthy dog that lives for ten to twelve years, but he is susceptible to health problems that affect both of his parents, so be aware of the following:

How to Care of French Bulldog Pug Mix

Because of his tiny stature, it’s easy for him to adapt to the needs of both big and small houses. He simply doesn’t want to be left alone for too long, and he is suited to apartments of all sizes. He’ll also need mental stimulation on a daily basis, so make sure there are plenty of brain games available.

He will require anywhere from 20 to 40 minutes of activity every day, depending on his energy and enthusiasm for playtime, and it is this minimal exercise demand appeals to many pet owners. Because of his flat face, he frequently has breathing issues during exercise; therefore, you must be attentive throughout the summer months.

Even though he is a toy dog, he excels with young children because they are considerably heavier than smaller toy dogs and can withstand playtime, and they are usually more tolerant, making him an ideal choice for families on a budget who want a tiny pooch. He gets along well with other dogs and animals as long as he is properly socialized from a young age.

He is also known to be a good traveler, and he will need just as much exercise in the car as they do on land or sea because it can be easy for them to become bored with nothing but their human company. If you have this dog, make sure you plan your trip accordingly so that there are lots of stops to stretch their legs and clear his breathing.

The Frug is a tenacious little thing that is not the most simple to train, so if you’re a new dog owner or want a highly obedient puppy, the Frug isn’t for you. If you think you have what it takes to bring this tiny animal under control, make sure he gets plenty of socialization as a puppy so that

If you can’t teach him the fundamental commands, it’s best to enroll him in puppy obedience classes to instill discipline into his routine. Otherwise, he might develop into a disobedient dog that rarely listens. It’s preferable to crate train with an anxious individual. Therefore during training sessions, you’ll want a smaller dog crate.

The Frug will eat about 1 to 1 ½ cups of food every day. If he has sensitive skin, you might want to feed him grain-free food. But make sure to talk with your veterinarian for advice on what kind of food the Frug should be eating.

Make sure he gets enough water while eating his food. If you live in a hot climate, he should drink plenty of fresh or filtered tap water throughout the day rather than any other kinds of beverages because they may give him gas and other digestive problems later on.

Keep all foods and jellies out of the pups’ reach since his parents are known scavengers, so he’ll be twice as difficult to munch when it comes to getting hungry.

When it comes to his grooming schedule, the Frug is a simple dog to take care of. A brush once or twice a week will be enough to preserve his coat looking and feeling good. You’ll only need to bathe him once every 2 or 3 months because his coat is so easy to maintain.

The only things that will keep you occupied when it comes to his grooming routine are determined by whether he has visible wrinkles, huge ears, and bulging eyes. If he does, you’ll have to pay close attention to those regions to avoid infections and smells.

How much does a Frug cost?

A Frug puppy will cost around $1,000 and $2,000, depending on the breeder. This is because they are in high demand, and because the French Bulldog is usually the mother, they need artificial insemination owing to their physiological make-up, which adds to the process’s complexity and necessitates breeder knowledge.

Where can I find frug puppies for sale?

It is a rear designer breed, which means you won’t have much to choose from. But don’t worry! Subscribe to our newsletter, and we will send you an email as soon as such pups appear for sale.

Yes, the french bulldog pug mix is one of the most popular designer breeds in the world.

Is a french bulldog pug mix a good family dog?

French Bulldog Pugs are known for their clownish behavior, and they make excellent family pets. They are gentle with children but will need to be supervised due to their tendency to act like “scooby-doo” when exploring the world. They also need space, so if you live in an apartment or condo, it would be preferable that French Bulldog Pug mixes live in a single-story home or have a yard that he can roam while you’re at work.

What are the similar breeds to a French Pug?

There are quite a few Pug cross breeds out there that we just can’t get enough of. Some examples include the Bugg (Boston Terrier and Pug mix), French Boodle (French Bulldog and Poodle Mix), Chug (Chihuahua mixed with Pugs), Jug(Jack Russell Terrier plus any other terroir breed), or even our favorite – The Puggle!

What are the advantages and disadvantages of adopting a Frug dog?

Frug is a good dog! The Pug-crossed French Bulldogs are known for being easy to take care of. They don’t require much exercise or grooming, but they need some basic maintenance like trimming their nails every month (or as needed). Frug gets along well with people and other animals that he knows – this pup has plenty of personality in him, making sure his new family enjoys time spent together looking after him. Suitable for families, retirees, or singles with a Frug dog means that you will have a loyal companion by your side.

Write a conclusion for the above article. This article has covered the french bulldog pug mix dog breed in-depth. From how much they cost to what their personality is like, there’s a lot you can learn about french bulldogs that are mixed with Frenchies! For a good reason, they’re considered one of the most popular designer breeds for a good reason – French Bulldogs Pugs make excellent family pets because they’re gentle with children and need space. If you live in an apartment or condo, it would be preferable if Frugs lived on single-story homes or had yards where they could roam while at home alone during work hours. The only downsides of adopting this pup are things all dogs require: he needs some grooming (a brush twice/month) and basic maintenance (his nails trimmed monthly). You’ll have a loyal, clownish companion by your side.